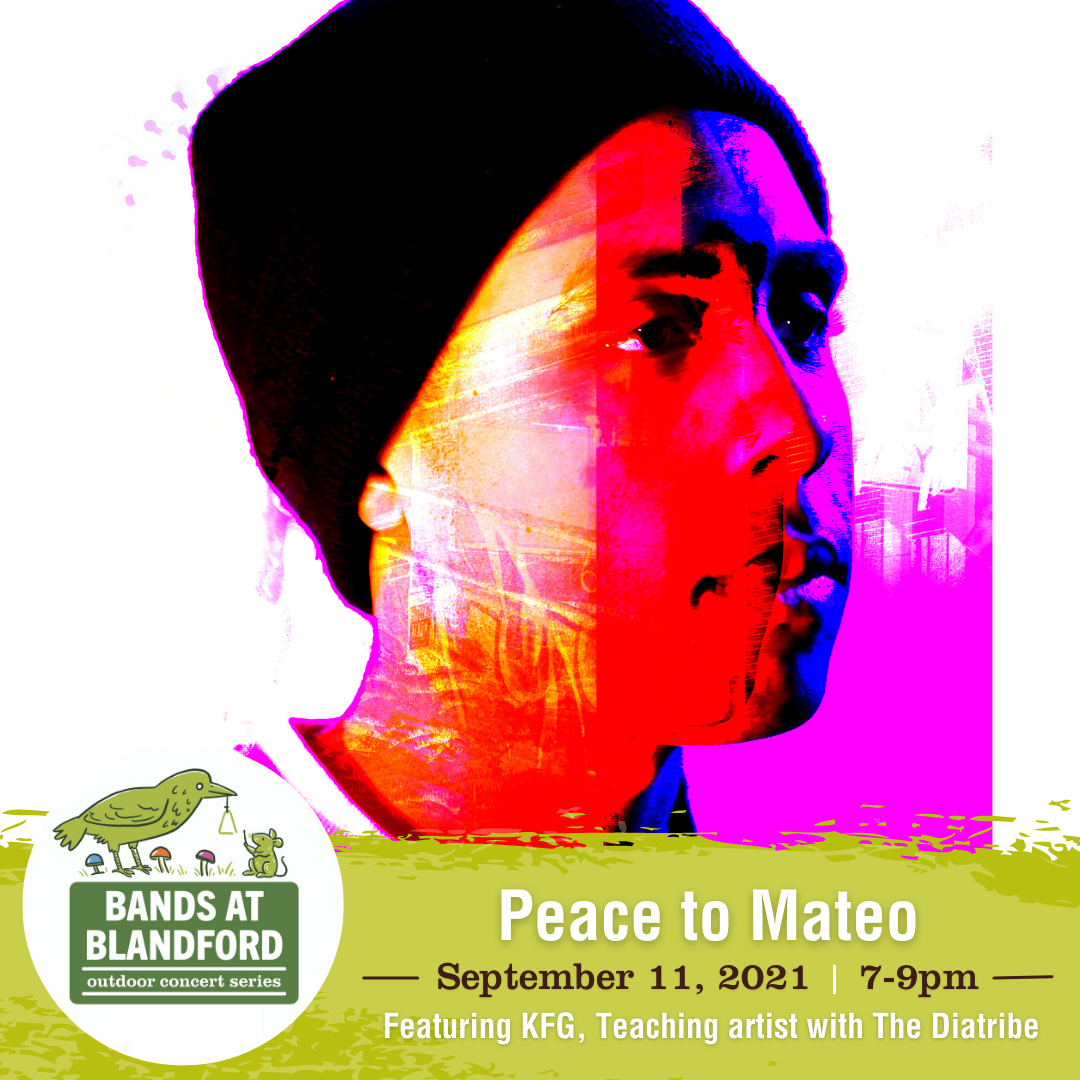 Bands at Blandford | Peace to Mateo featuring KFG, Teaching Artist with The Diatribe

Our annual outdoor concert series is back again and this year we are bringing it to our main campus for LIVE music surrounded by nature!

Tickets must be purchased prior to the show. No tickets will be available at the show.

What are we doing to keep our attendees safe at this years concert series?

This year’s concert series will have a limited capacity of pre-sale only tickets per show. We are creating 12′ diameter social circles for seating. The maximum group size is 6 people per circle. If your group is larger than 6 people, plan to arrive early to get neighboring circles. Masks are strongly recommended, but optional for participants who are fully vaccinated. We ask that all participants continue to maintain 6 feet of social distancing and stay within designated social circles if unmasked. All participants, regardless of vaccination status, are required to wear a mask inside any building, including restroom facilities.

We recommend bringing blankets and camp chairs for your circle. Low chairs are encouraged for attendees sitting in the front and center circles. Attendees may bring your own food, but no outside alcohol will be permitted this year.

September 11th we welcome Peace to Mateo and KFG, Teaching Artist with The Diatribe

Peace to Mateo (aka Matt Black) is a Detroit audio/visual artist and founder of YHS Records. Black launched YHS as an imprint to release his music in the spring of 2011. After the first wave of YHS projects, Black released a collaboration album with MCF entitled Black & Friendly. Shows supporting that project included sets opening for Black Milk, Talib Kweli, Naughty By Nature and Del the Funky Homosapien.

2015 marked an evolution in Matt’s sound when he released the self-titled Peace to Mateo album. The project is a sample-based production showcase with a blend of instrumental hip-hop, electronic, and dance music. He played shows supporting this release in California (at Serenity Gathering Music Festival, and on Culture Remixed Radio), Chicago and Detroit.

Since 2015, Black has been focused on beat music and the exploration of hip-hop and electronic production styles. 2016 saw the release of ‘Bouquet,’ a 10-song lofi beat tape. The single “Thinking of You” was released through internet collective éasca and gained the attention of popular YouTube channel Czech Vibe Sounds.

Peace To Mateo’s full length album “Some Strange Reason” was released in August 2018 on YHS Records. Black describes the album as “an atmospheric blend of trip-hop, and futuristic boom-bap with a cinematic sensibility.” Songs from “Some Strange Reason” were featured heavily on college and community radio. The album is now available on vinyl, CD and cassette.

KFG is a potpourri of queerness, Pisces poet hatched from the floor of Lake Michigan. An award-winning writer and spoken word artist who has been featured on NPR, traveled the country on a mental health awareness tour ; co-organized the re-installation of Slam Poetry in Grand Rapids, & was on the first team to represent the team at the National Poetry Slam in over a decade in 2017. KFG goes by “they” because gender is a shape-shifter.  They are perhaps too passionate about ice cream & feel most alive when dancing like they’ve got no bones. KFG has mentored & facilitated youth workshops & programs locally & across the country.  They were once (& some days are still) a kid who swallowed their voice & mastered disappearance, in order to survive the battlegrounds of home.  Providing  physical & energetic spaces which support & validate the voices of youth waters the seeds of compassion for self & others. Every generation is an evolution, & they have so much to teach us.

"RT @LatinoOutdoors: #LatinxHeritageMonth is here! This month is an opportunity for us to acknowledge, appreciate, and celebrate Latinx heri…"
"RT @audubonsociety: Have you heard of @LatinoOutdoors? Join us on IG live this Friday at 11am ET with Latino Outdoors volunteer & PhD stude…"
"RT @HRCollaborative: HR Collaborative is excited to partner with @BlandfordNC in their search for a passionate and motivated President & CE…"
Follow us on Twitter! 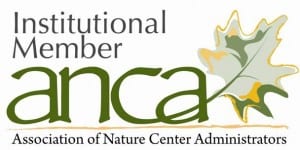